I just got done playing plenty of hours of the Dracula Slot Machine and it was one of the better slots I have played in a while to be honest (well, online... the ones in the land-based casinos trump this one to be honest).

First - The bat feature is pretty cool to watch and I found myself just waiting for the next one to come hoping I would get that big win or mega win. I will say, though, that the high value symbols do not appear as often as the J, Q, or K.

The Free Spins Bonus comes rarely, but is a BIG boon to your bankroll. I hit it several times and each time won a staggering amount. The bat feature is what makes this round work, but again.... if you don't get the high-value symbols - you won't be happy with the free spins bonus money either. The nice thing about free spins is that the bat feature happens on every spin (of which you get 10 of them). So - the possibility for a big win is real and more frequent. I hit a 'Big Win' 4 times during my 2 free spins rounds, a 'Mega Win' 3 times, and I can't recall the one above that.. maybe 'super mega win' once.

The slot is a medium to medium-high variance slot, so you definitely need a bankroll to play the higher value spins. It is one of those games that you have to play a while to get that monster win, but can definitely be worth it in the end. As I always say with this type of slot... bring your bankroll. Don't cheap out and HOPE for a big win - this slot takes time and patience :)

The Theme is pretty good. I like the animations of Dracula and his Bride. Both very good. For the most part the symbols are good as well and the theme animations for bonus rounds and intro are also quite good. Not surprising for a slot based upon a Universal Studios motion picture.

Dracula Slot Review - Summary - I enjoyed this slot much more than I have others as of late. Net Entertainment (and Universal, if they helped) did a fantastic job putting it together. The game play is pretty darn good as well... it has the frustrations of getting a Dracula stacked symbol that blocks near everything as well as the anticipation of that symbol pairing up with Dracula's Bride to complete the free spins. It really is a suspenseful, but fun game. The best part are the free spins with the Bat feature on every spin. That is what this game is all about and why the anticipation keeps you rolling the reels. 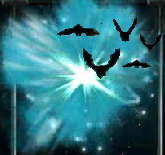 Bat Feature
The bat feature is randomly generated during main game play, but is activated on EVERY spin during free spins! Bats will fly in a group to an area of the reels turning all the symbols there into a random symbol (could even be wild).

Free Spins
The stacked Dracula on reel 2 and the stacked lady on reel 4 starts 10 free spins! During free spins, the stacked wild on reel 3 will give 2 additional spins. The bat feature is activated on each spin during free play.

Stacked Wilds
Stacked Wilds are a free spins feature and appear on the 3rd reel to substitute for any symbol.

Wild
Wilds appear on reels 2, 3, and 4 . They substitute for any symbol. The wild is available during main game play. 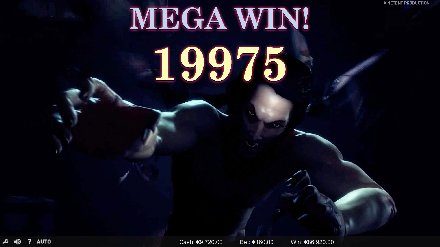 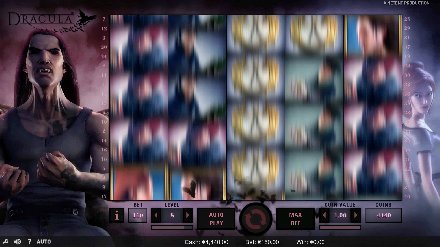 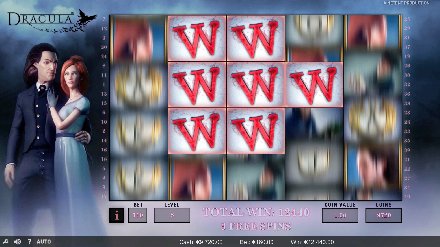 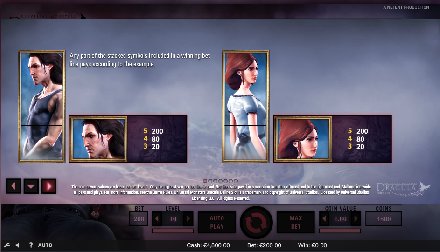 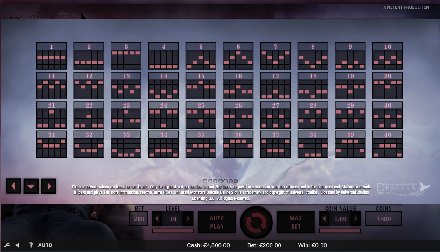 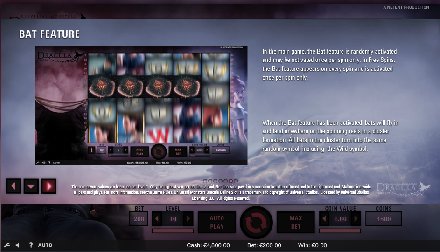 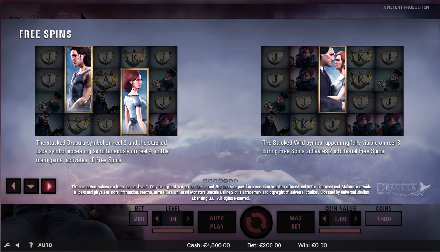 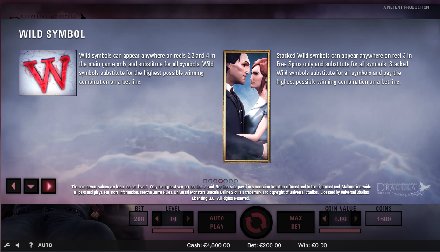 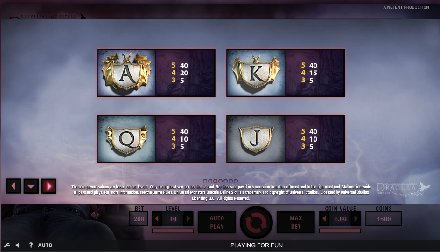 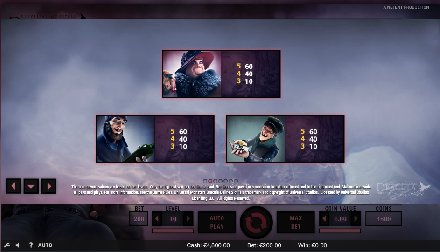 The following slots are similar to Dracula: